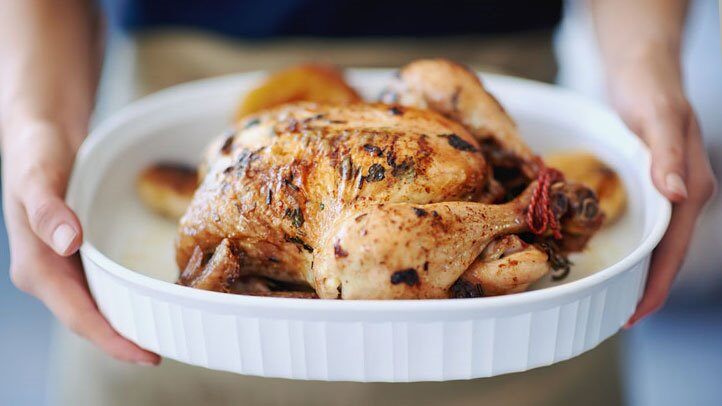 Chicken is the most common type of poultry in the world. Owing to the relative ease and low cost of raising them in comparison to animals such as cattle or hogs, chickens have become prevalent throughout the cuisine of cultures around the world, and their meat has been variously adapted to regional tastes.

Chicken can be prepared in a vast range of ways, including baking, grilling, barbecuing, frying, and boiling, among many others, depending on its purpose. Since the latter half of the 20th century, prepared chicken has become a staple of fast food. Chicken is sometimes cited as being more healthful than red meat, with lower concentrations of cholesterol and saturated fat.

The poultry farming industry that accounts for chicken production takes on a range of forms across different parts of the world. In developed countries, chickens are typically subject to intensive farming methods, while less-developed areas raise chickens using more traditional farming techniques.

Some items went out of stock while you were ordering.

Reduce these items to proceed!

Go back and reduce!

Fill out this form to make a reservation